Uganda is among the most well-known birding destination in the whole of Africa. It has a diversity of bird species a number of which are not easily spotted in any other part of the African continent. There are several birding destinations within the country and these have made Uganda certainly one of the finest birding paradises. There are more than 1010 bird species all of which you certainly enjoy on a Uganda safari. The various National parks within Uganda are actually the biggest habitat for most of the bird species in the country. As you take time to marvel at the spectacular birds, you will certainly come across a diversity of additional wildlife that will turn your bird watching safari into a very memorable encounter. The most ideal time to spot these birds is actually early in the morning as well as late in the evenings.

Queen Elizabeth National park boosts in an excess of 550 species of birds that have actually made it a charming destination for guests that love watching birds. The park is situated in Rukungiri district in southwestern Uganda covering a total land area of 1 978 sq km. It sits at an altitude of 900 meters on the adjacent Lake Edward up to 1 845 meters at the peak of the western Rift Valley’s – eastern Escarpment. It has a home of average altitude – moist semi-deciduous forest, rivine bush-land, moist thicket and riparian forest. Among the bird habitats offered within this national park are Open woodlands, rivers, open grassland, lakes seasonal as well as permanent swamps.

Taking a hike down into the verdant gorge will unveil to you a diversity of the forest species among which are the Grey Wood pecker, black & African Emerals Cuckoos, Hairy breasted Barbet, speckled Tinker bird, the purple-headed starling  as well as the Green Hylia even though these are also commonly seen within the Maramagambo forest. The good-looking white -spotted fluff tail is plentiful within thickets by the river side. Listen in damp grassland close to the verdant gorge, for the far stretching, metallic twink echo of Broad-tailed Warbler.

The finest timing to enjoy bird watching safaris within Queen Elizabeth is from December up to February. It is recommended to take a two- days or a three – days bird watching safari and on such you can be able to spot as many as more than half of the 550 species recorded within this park. 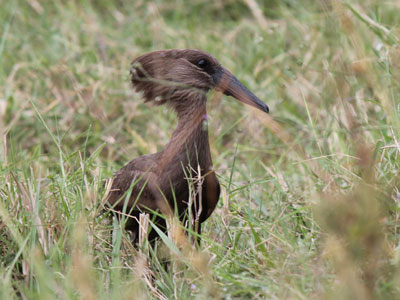 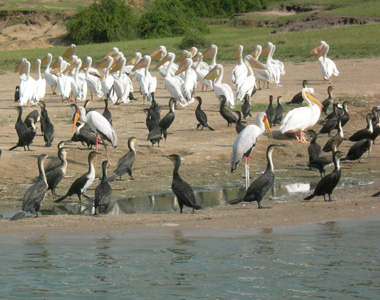 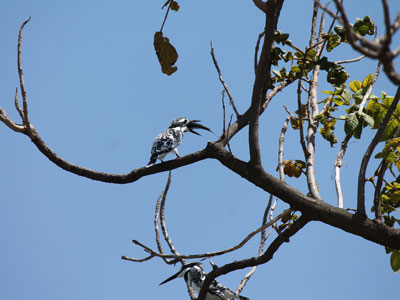