The Ngorongoro Crater is a breathtakingly beautiful setting and the best place in Tanzania to see the Big Five. However, as one of the world's most astonishing and renowned natural wonders, the Ngorongoro Crater does get busy, and at times very busy. Due to the crowds we recommend a two-night stay only here, then moving on to the Serengeti for a quieter, more private safari experience.
Any Northern Tanzania Safari should ideally include a visit to Ngorongoro Crater: it is one of the most beautiful natural wildlife safari sites in the world and an exceptional place to interact with people from the Maasai tribe.

The Ngorongoro Crater and surrounding highlands together form one of Africa's most beautiful regions. Volcanic craters form stunning backdrops to some of the most fertile and richest grazing grounds in Africa. The most famous such crater is without question Ngorongoro, the world’s largest intact volcanic caldera and home to the highest density of big game in Africa, including all the big five and plenty of predators. Ngorongoro is justifiably one of the continent's most famous safari destinations.

How to get to the Ngorongoro Crater?
There are a few ways to get to the crater gates... Many holidayers like to have a night pit stop in Arusha before venturing for a few days at Ngorongoro. Many times you will be picked up by your private guide in Arusha and driven through Lake Manyara National Park and on to one of the lodges either on the Crater rim, or further a field in the beautiful Highlands. You can also fly to the Ngorongoro Crater via Lake Manyara's airstrip which is not far away.

Ngorongoro Crater Animals
The Ngorongoro Crater is the best place in Tanzania to see 'The Big Five'. A healthy population of black rhino and some of the largest tusker elephants left in Africa today are the prize spots, but the crater is also home to good populations of lion, leopard and hyena along with healthy herds of wildebeest, buffalo and zebra. Other wildlife here includes serval cat, cheetah, jackal, Grant's and Thompson's gazelle, flamingo and bat-eared foxes, as well as approximately 400 species of bird.

Ngorongoro Crater Safari - The Activities
Activities inside the Ngorongoro Crater itself are limited to game driving; there are a couple of picnic spots in the park, but getting out of the vehicle is strictly limited to these areas. However, a full range of activities is on offer in the wider Ngorongoro Conservation Area, including walking, trekking, excursions to Olduvai Gorge and visiting the Masai and other tribes.

Ngorongoro Crater Weather - When to go
Since the wildlife mainly stays in the crater all year round, there is really no good or bad time to visit. However given that the crater floor does get busy with vehicles, it can be more pleasant to visit during low season. Higher water levels in Lake Magadi (in the centre of the Crater) also result in higher concentrations of flamingos. Whenever you visit to Ngorongoro, you are guaranteed excellent safari action.

Where to stay in the Ngorongoro Crater?
The choice is whether to stay at a hotel on the Crater rim for the phenomenal view, or a little way away from the Crater in nearby Karatu. The advantages of Karatu include the comparative lack of crowds, and better-value, smaller and more intimate lodges which offer a range of activities such as walking and mountain biking.. On the rim, the Ngorongoro Crater Lodge is by far the best luxury hotel and is absolutely world class, perfect for a Tanzania Honeymoon, but at approximately $3,000 a night it probably should be! The Serena and the Sopa have equally stunning views of the Crater floor and are much more affordable options, but they are large and fairly old hotels.

Away from the Crater rim in nearby Karatu in the highlands is a variety of small coffee plantations and guesthouses. For approximately the same cost as the Serena and Sopa, these are much more charming and characterful but obviously lack the fantastic Ngorongoro views. The best of these are Plantation Lodge, Gibbs Farm and The Manor.

Often, instead of flying to the nearest airstrip, Lake Manyara, it is easier to drive from Arusha to the Ngorongoro region. It is a truly beautiful drive as you go through the rolling highlands, abundant with beautiful scenery and rich Masai culture. If you have more than two people, this can be cheaper than flying, and you get the benefit of enjoying a private vehicle and guide for the duration, up until you fly out of the Ngorongoro region for your onward journey. 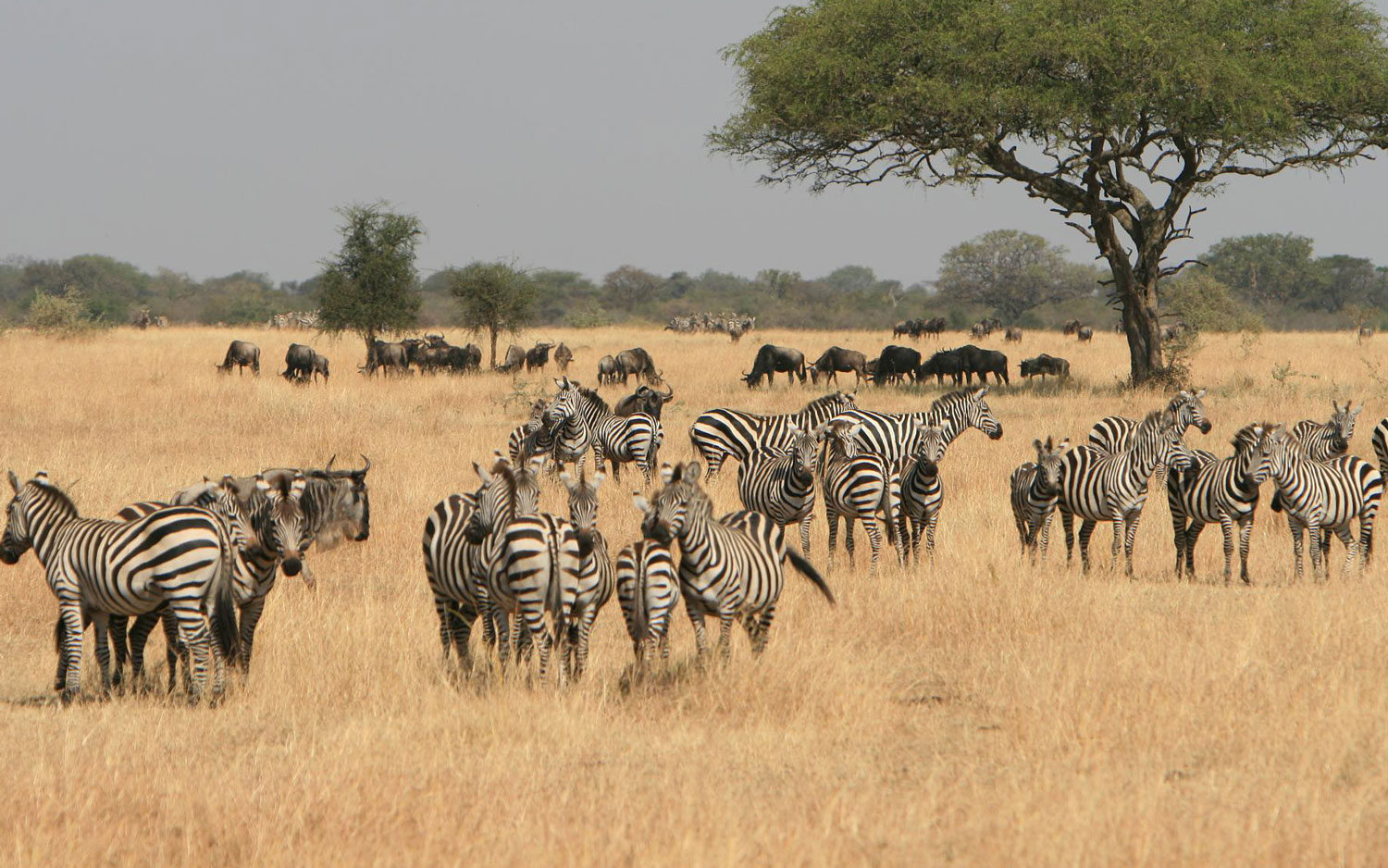