The Serengeti National Park is Africa's most famous. Renowned for its incredible concentrations of predators and the Great Serengeti Migration of two million wildebeest, a Serengeti Safari is guaranteed to be exceptional. The endless grassy plains (Serengeti in Maasai) are the richest grazing grounds on the continent, and therefore home to the largest herds and the highest concentrations of predators on the planet.
To focus solely on the Serengeti's Migration would be to do the Serengeti National Park a grave injustice. Even taking the Great Migration out of the equation, it can be argued that the Serengeti is still the finest park in Africa. Vast herds of grazers, huge prides of lion, spectacular expanses of uninterrupted views, wildebeest river crossings, great leopard sightings, fantastic vast cheetah inhabited plains and some of the best camps in Africa - what more could you want?!

The Serengeti National Park is one of those very rare places that has a huge reputation, yet still somehow manages to surpass expectations and take your breath away. Surrounded by remarkable tribes such as the Masai and Hadzabe, this wider area is also fascinating from a cultural perspective. In a nutshell, the Serengeti is rightly the most celebrated wildlife reserve in the world; there is absolutely nowhere else to match it. It is outstanding!

Serengeti National Park - The Wildlife
There is such a variety of species to be found on a Serengeti Safari and definitely too great a number to mention here, which is why it is such an integral part of a Tanzania safari. The Serengeti's main attraction is the Great Migration, consisting of up to 2 million wildebeest, 200,000 zebras and 350,000 thompson, impala and grant's gazelles. The predator viewing here is exceptional with approximately 3-4,000 lion and huge numbers of cheetah, leopard and hyena. Other animals commonly found in the park include topi, eland, hartebeest, buffalo, elephant, caracal, serval, bat-eared fox, hyrax, genet, hares, porcupine, aardvark, giraffe, jackal, mongoose, crocodile, monitor lizard, aardwolf, many kinds of primates including baboons, vervet and colobus monkeys, and over 500 species of bird.

Serengeti Safaris - Activities
The main activity in the Serengeti National Park is daytime game driving. No night safaris are permitted inside the National Park, but there are a number of lodges in the reserves adjacent to the Serengeti where night driving is available. Most notable are Singita's Grumeti Reserves, ion which Sasakwa, Faru Faru and Sabora all offer night drives, as well as Klein's Camp and others located in the adjacent Loliondo reserve. There are no boating safaris in the area. Walking is possible outside the park, and a couple of camps in the far north of the park allow walking within the park boundaries. Alex Walker’s Serian is the only camp in Southern Serengeti area where walking is permitted.

Speak to us for the most up to date information on walking inside the Serengeti National Park as the rules change all the time.

Where is the Serengeti National Park?
The Serengeti is the main component of a Northern Tanzania Safari Itinerary. It is a vast stretch of plains brimming with wildlife in the North East of Tanzania - Tanzania's border changes it to Kenya's famous Masai Mara. It is only a short flight from Arusha (along with many other Northern airstrips!) - a flight you absolutely must consider if you are ever visiting other Northern Tanzania parks.

The Serengeti Plains - The Regions Explained & Where to stay
The Serengeti National Park is absolutely huge. If you are intent on viewing the Great Migration then it is probably more critical to stay in the right region for your travel dates than to deliberate too long about the style of camp or hotel you are looking for. This park is so big that if you get the location wrong, you will not see the herds.

The Serengeti is therefore broadly divided into four distinct areas - the central Seronera Valley, the Western Corridor, the Northern Lobo and Kogatende areas, and finally the Southern Plains.

The Central Serengeti and the Seronera River Valley (good all year round)
The centre of the Serengeti National Park is the Seronera region. Seronera is a network of river valleys that ensure year-round water supplies and keep the region incredibly rich in wildlife throughout the year.

The area has phenomenal concentrations of game and sees the migration herds move north from mid April to late June and back south again in November and December. The only downside to this area is the number of large hotels and consequent volume of traffic on safari. We often use camps on the periphery of the area, giving guests the option of going into the busier area if they choose. Dunia Camp is our favourite camp here, along with the mobile camps when the migration moves through, specifically the Nomad Serengeti Safari Camp and Serengeti Under Canvas. For a more economical option, there is always Kati Kati. Many like the idea of The Four Seasons Safari Lodge, Serengeti because it seems a safe bet. However, our favourites are the more authentic and classic safari style options - if you are going to the Serengeti, you want to get an experience suitable for such an adventure!

Serengeti Safaris - The Western Corridor and Grumeti (May through to mid July)
The Western Corridor follows the path of the Grumeti River up towards Lake Victoria. This region provides superb wildlife action in May and June, when the migrating herds cross the crocodile-infested waters of the Grumeti. Although the Grumeti water is shallow, at this point camps such as &Beyond's Grumeti River Camp, Kirawira and Mbalageti come into their own. The two mobile camps that are particularly superb at this time of year are the Serengeti Safari Camp and Serengeti Under Canvas. To take your luxury stay to a completely new level, Singita's private Grumeti Reserves are unparallelled for unspoilt wildlife viewing and accomodation such as Sabora, Faru Faru and Sasakwa.

Serengeti Safaris - The North, Kogatende, Lobo and Lamai (July to November)
The northern reaches of the Serengeti remain fantastically quiet and largely unvisited, due to their relative inaccessibility (a good 10 hour drive from Seronera) and lack of large hotels. The Kogatende area used to be cut off from the rest of the Serengeti, but in recent years this area has seen some of the best camps in the country spring up. This area is mainly used in extended driving safaris and in flying safaris to two superb permanent tented camps - Sayari Camp and Nomad Lamai. From July through to the end of October the migrating herds are resident here, and this is the finest place to see the Migration's river crossings as the herds often cross the Mara River daily. This region has been described as 'ultimate paradise' for keen safari buffs and is the best place for walking safari inside the Serengeti National Park. All the mobile camps move up for here for the whole period: Nomad Serengeti Safari Camp, Serengeti Under Canvas, Olakira and Alex Walker’s Serian.

Serengeti Safaris - The Southern Short Grass Plains of the Serengeti (December through to March/April)
The Serengeti's southern plains are where the name of the park comes from. Vast grass plains stretch from southern Seronera into the Ngorongoro Conservation area. Outside the migration season, this area is not as good for game as the central Seronera region or the Western Corridor, but from December through to April the migration covers the entire area. February is a superb time of year to be here for the spectacle of the calving season, when 8,000 wildebeest are born every day for a two week period! The only two permanent lodges here are Ndutu Lodge and Kusini Camp, however, all the mobile camps move down to the area for the whole period. Alex Walker’s Serian is perfect choice for this area, being close enough to the migration and yet far away from the other mobile camps. For a more migration-intense location, Olakira, Nomads Serengeti Safari Camp and Serengeti Under Canvas work very well.

Serengeti Migration - The Wildebeest Migration on the Serengeti Plain

Serengeti National Park - Further Details
While we try and make our website as comprehensive as possible, if you would like some more background information, have a read through the Cadogan Guide to Tanzania and Zanzibar - Serengeti Chapter, Seronera Chapter, Western Corridor Chapter. 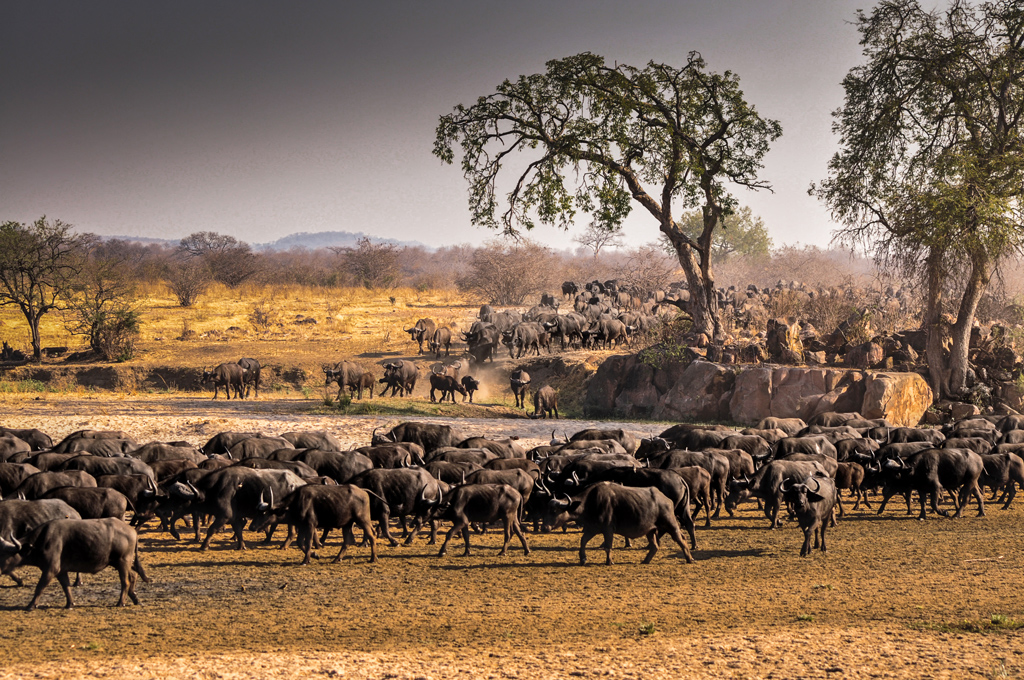 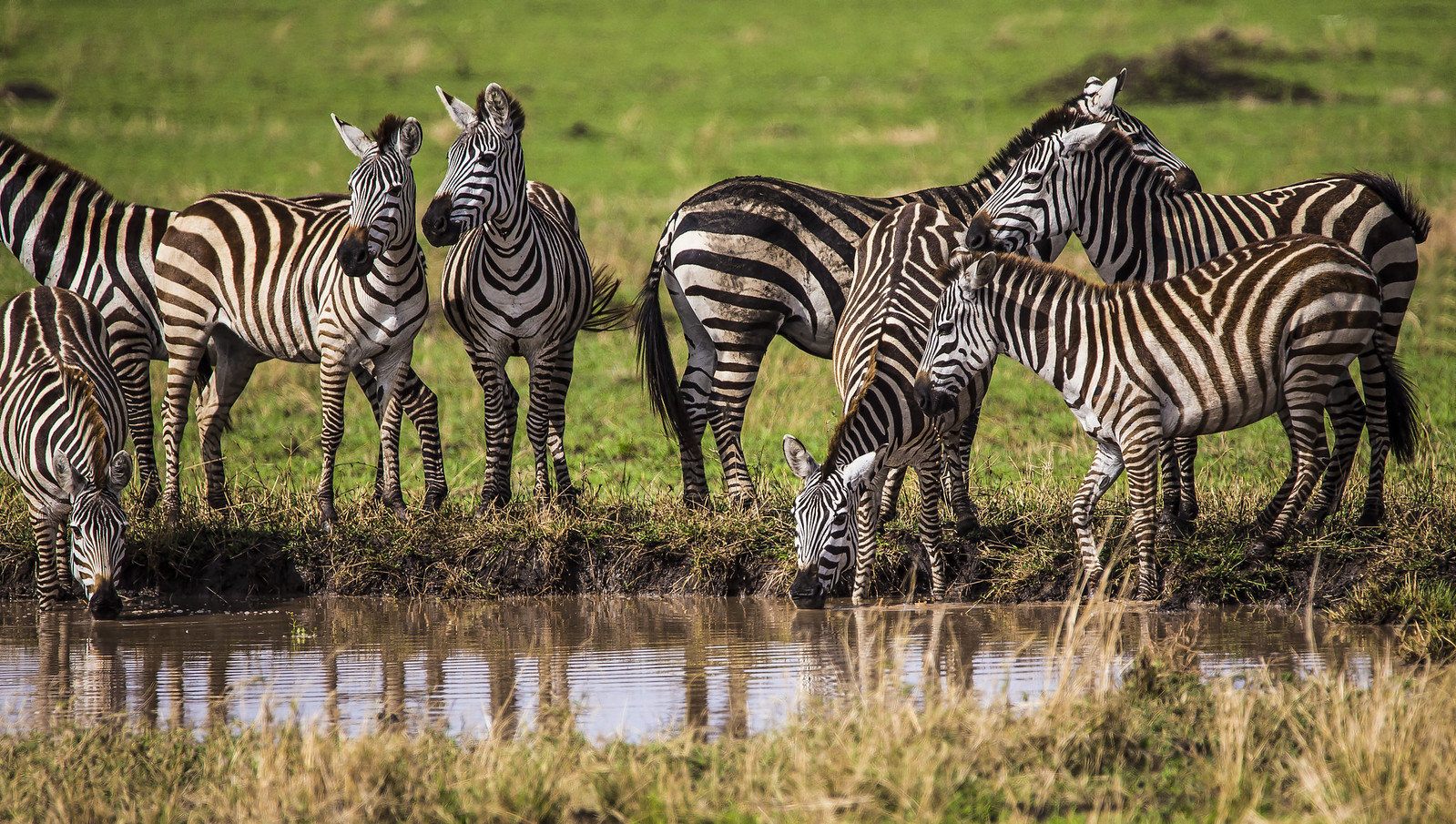 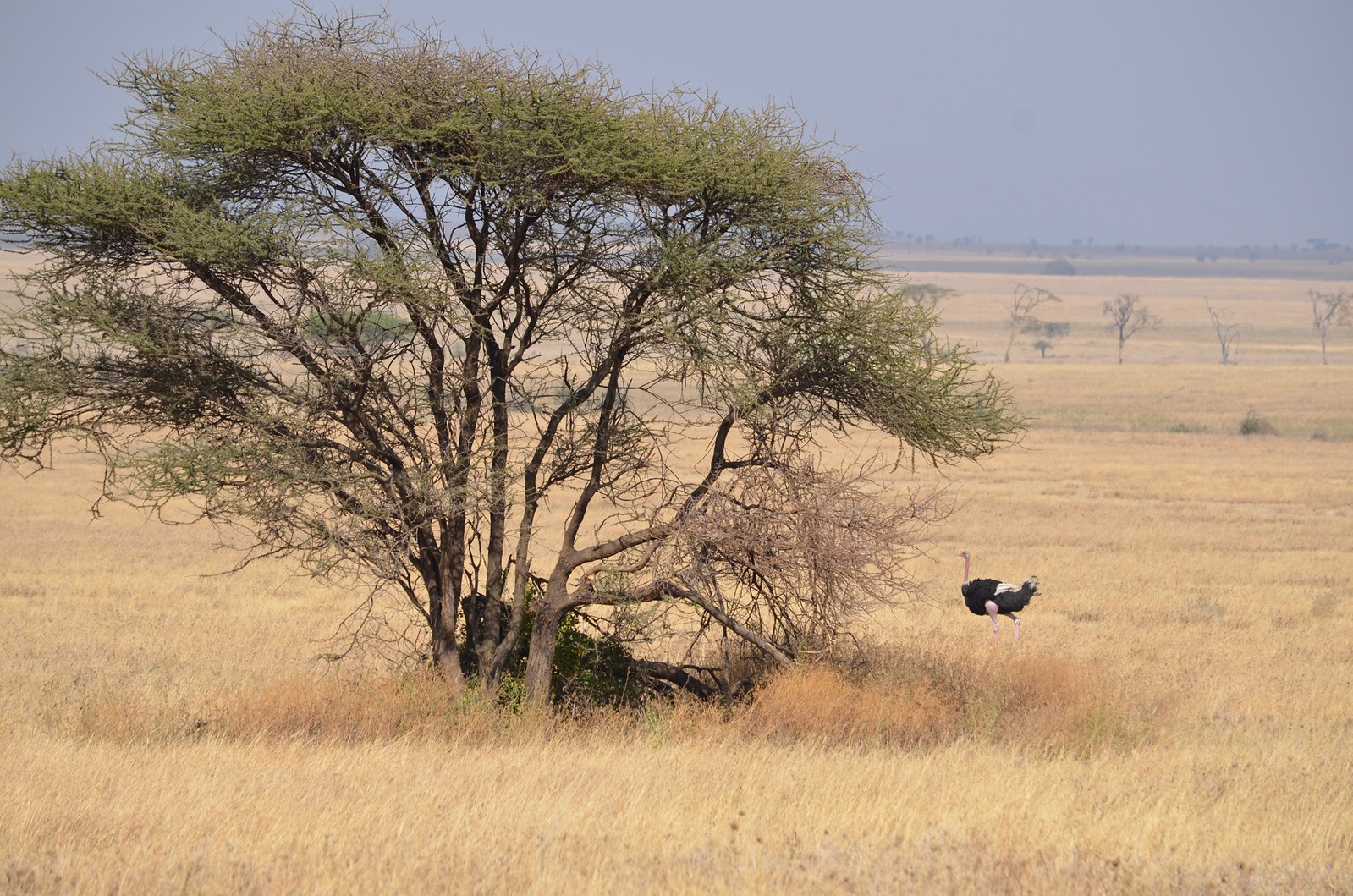