Rwanda is known as a good birding destination. This itinerary is a tour through the different national parks and interesting sites of Rwanda specifically for doing the activities of bird watching. Expect from this tour the service of a highly experienced birding guide who will make sure that visitors have a life time learning experience.

On arrival at Kigali International Airport we will welcome you and transfer to the hotel, Flame Tree Village Hotel for the overnight in BB. If we still have time, we shall arrange sightseeing in Kigali. BB nn

Overnight at: Flame Tree Village Hotel for the overnight in BB

After breakfast, depart to Akagera National Park which lies in the east of Rwanda, where the countryside gives way to savannah with clusters of acacia mingled with open grassland. The drive is approximately two and a half hours. Lunch and birding in the afternoon along the lakeside.

Overnight at: Dinner and overnight at Akagera Lodge / Ruzizi Tented Lodge. Full Board

All day birding in the park and along Lake Ihema. The park records 550 species including unique species such as Shoebill (Balaeniceps rex) and the Papyrus Gonolek (Laniarius mufumbiri). Among the endemic species, there are the ibis (Threskiornithinae), jacanas, herons, Plovers (Charadriidae), Sandpipers, Malachite Kingfisher (Alcedo cristata), Hawk and many others. nAfter lunch, in the afternoon take a canoe ride on Lake Ihema to see the large number of hippos, the huge Nile crocodile and birds.

Overnight at: Dinner and overnight at Akagera Lodge / Ruzizi Tented Lodge. Full Board

After breakfast, depart to Volcanoes National Park. The journey goes through the beautiful terraced hillsides that characterize much of Rwanda’s landscape, gradually climbing to the base of the awesome volcanoes Virunga, sometimes with as many as five peaks visible. The gorillas’ habitat, in the mountainous north, is the string of magnificent Virunga peaks that range from 2500 to 4500 meters: Karismbi, Bisoke Mikeno, Sabinyo, Gahinga and Muhubura volcanoes.

This stunning backdrop is host to over half the world’s wild mountain gorillas. The exhilarating climb to the gorilla’s natural habitat of shady bamboo forest offers fantastic views in all directions and explores the rich ecosystems of blending evergreen and bamboo forests, open grass lands, swamps and health. Late lunch on arrival at Volcanoes National Park.

In the morning we suggest the activity of the mountain gorilla tracking (optional). It is a privilege to spend an hour watching the gorillas as they go about their daily routine, feeding, playing and resting- as you question your primeval existence and relieve the wonder that kept Dian Fossey living in the forest for almost 18 years. Later return back at the base in time for a late lunch.

Some gorilla families however are more elusive and tracking can take a full day, especially when it is wet and muddy. In alternative (optional), you can take another trekking in Volcanoes National Park like the golden monkeys trekking or Old Karisoke.

After breakfast go bird watching in the Volcanoes National Park where you are likely to see species like the rare Kivu Ground Thrush, Rwenzori Turacco, Graur’s Warbler, White Starred Robin, Reagal Sunbird and many others. In the afternoon proceed to Gisenyi on Lake Kivu.

Overnight at: Dinner and overnight at Kivu Serena Hotel (C) or Malahide Hotel (E). Full Board

Early start your journey from Gisenyi for Nyungwe Forest National Park which is located in the South east corner of Rwanda. As you proceed, birding on the road through the forest will increase the chances of seeing the rare and shy Handsome Francolin. Lunch en route.

Overnight at: Dinner and overnight at Nyungwe Top View Hotel (supplement for One and only Nyungwe Forest Lodge) (C) or Emeraude Guest House (E). Full Board

Go on an escorted walk in search of the large groups of colobus monkeys and birding where you will be able to see the bird species in this forest. Another activity is the canopy bridge for observation and birding.

Overnight at: Dinner and overnight at Nyungwe Top View Hotel (supplement for One and only Nyungwe Forest Lodge) (C) or Emeraude Guest House (E). Full Board

After breakfast, take the advantage of organizing an extra day activities in the biggest mountain tropical forest in East Africa. In the morning you can go for chimpanzee trekking, which starts very early. In the afternoon, after lunch, proceed to Butare. Stop over can be arranged in Gikongoro at Murambi genocide memorial. Butare is a pretty town where you have the possibility to find the best artisan shops in Rwanda and to visit the national cultural museum.

Overnight at: Dinner and overnight at Ibis Hotel. Full Board

Drive to Kigali in time for lunch. In the afternoon you might have time to take a city tour including a visit to the market, a pottery project, handicraft shops, the Fashion Museum and a genocide memorial. Reserved for transfer to the airport. BB

Please contact us to get flight itinerary for this package.

Get a price quotation for this safari. 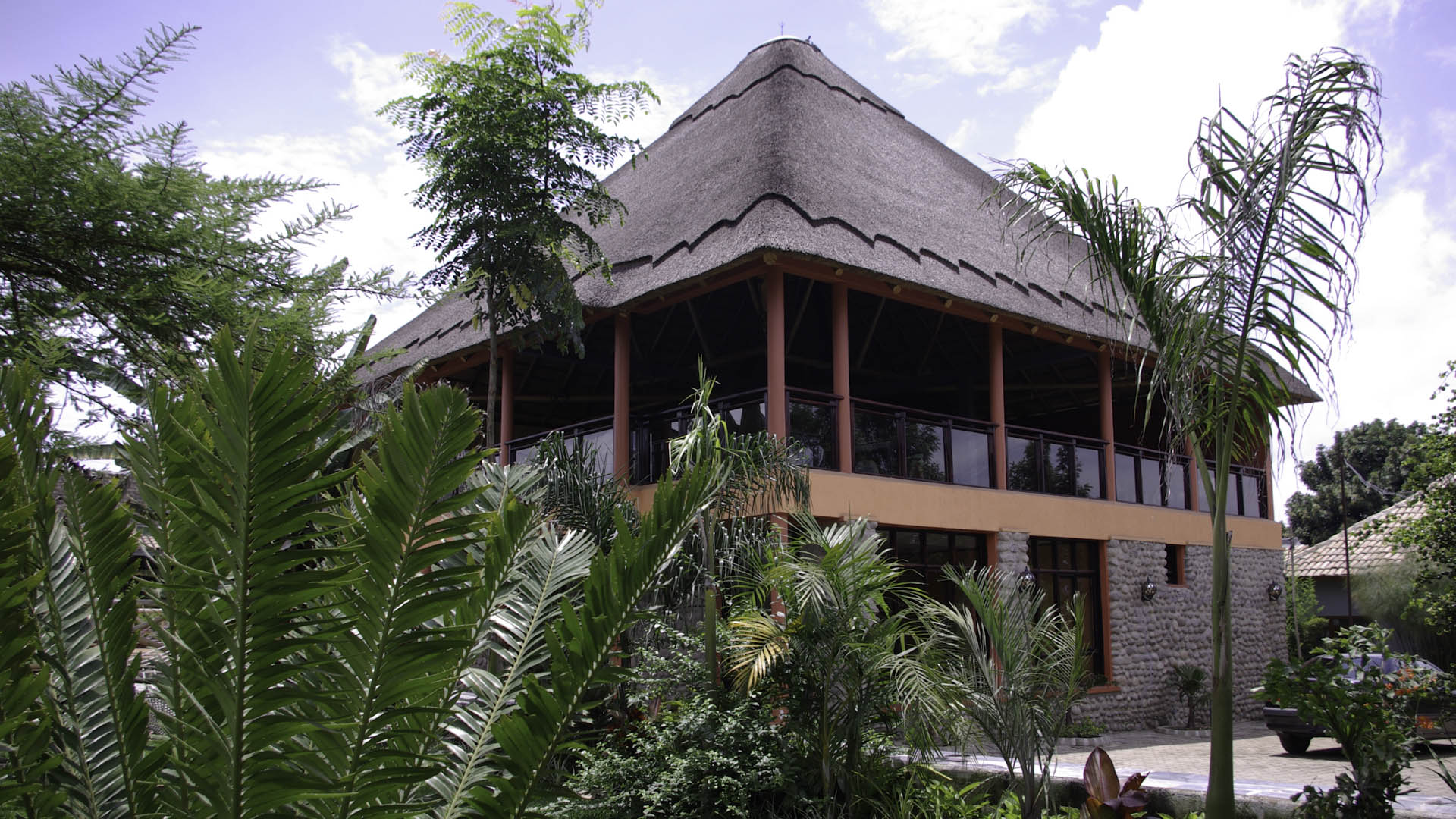 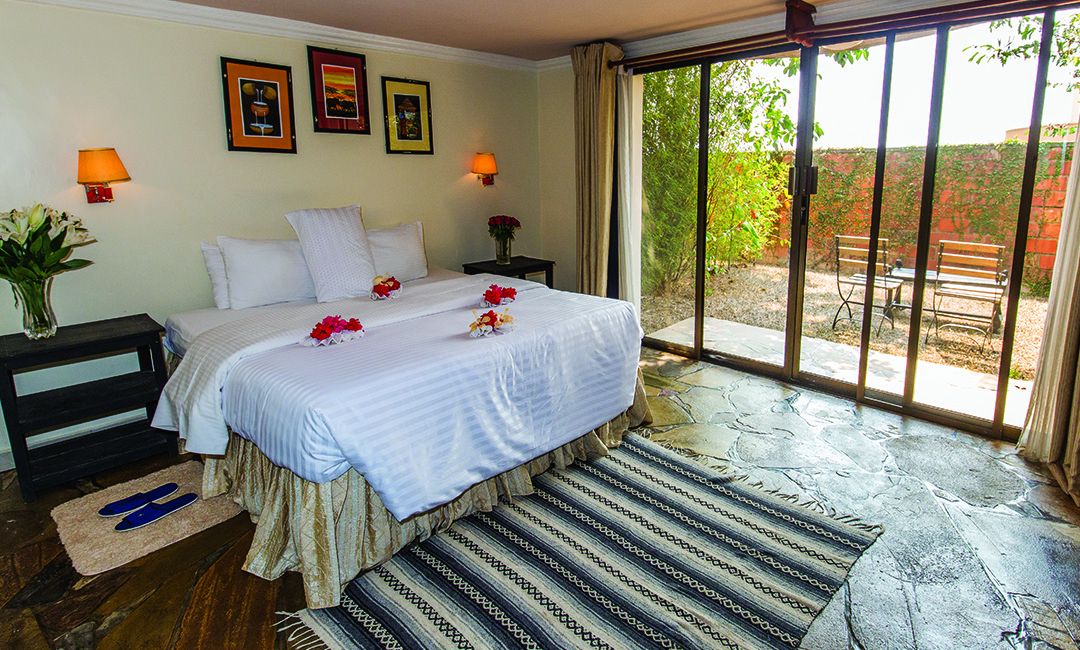